In every industry there are technical terms that have long histories that everyone within that certain field knows about but that those who are outside that area of expertise have little to no understanding of. Sandblasting is one of those terms within the auto industry (and sometimes within a wider range than that!) and it is a shame because the action the term refers to is very useful. If you have a problem with rust, corrosion, dents, scratches or any imperfections on the surface of your car, then sandblasting can help you fix that in a hurry.

What Exactly Is Sandblasting?

Sandblasting is a term used to describe the use of a high-speed stream of coarse material to change the surface or shape of an item. Originally this material was nearly always sand, which is where the term originates from. However, as the industry has grown and tested different methods, now a variety of materials are used. Sometimes sand will still be used, but often other ingredients (referred to as 'media') will be used in its place including glass beads, plastic, silicon and even baking soda. These different media are split into two groups: hard and soft.

What Is the Difference Between Hard and Soft Media?

Sandblasting is, as was described above, used to change the surface or shape of an item. When you use harder media, you are going to have a more drastic effect. So when you use material like metal shot or glass beads on your car, the procedure removes rust, reshapes the surface or even just strengthens it. When you use softer media like sand or plastic you generally remove the surface layer of paint and smooth out some scratches. You don't really need to worry about which type of media is used on your car as your mechanic will make that choice depending on your needs.

Does Sandblasting Damage the Car?

Sandblasting is completely safe and used all over the world. It is a method that is much faster than other techniques that would do the same thing (such as sanding or grinding the surface of your car) and one that is very responsive. Sandblasting doesn't take very long, and often you can have your car back within the day or at the most after a couple of days, if the repair is a big job. If the car is too far gone and sandblasting won't actually help solve the problem, then your mechanic will let you know. But other than that, it is a perfectly safe and popular method of car modification.

Talk to your mechanic to learn more about sandblasting. 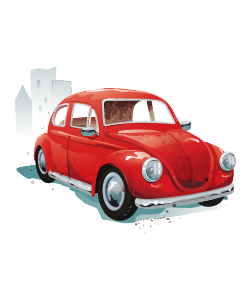 Discovering that your car has been scratched can really ruin your day. However, it doesn't have to be this way. If you take the time to read the things we have published on this blog, you will be able to learn about the different forms of damage which can affect the paintwork on your vehicle and the immediate steps you can take to prevent the problem from getting worse. We aren't auto paint experts, but we have worked extremely hard to learn all we can about this subject so we can bring you the best advice and tips. Thank you!

Top Attributes of a Panel Beater
28 May 2020
Car accidents happen when you least expect, and they can leave you grounded for weeks or even months as you try to find the best repair service. There …

Car Painting: The Dos and Don'ts for a Car Owner
23 March 2020
Everyone loves perfection, especially when it comes to the looks of their car. Your bumper should be in top-notch shape, the lights' lenses should be …

Finding the right repair company for your vehicle
13 March 2020
Your car is an essential part of your daily life. You need it for picking up the shopping, dropping off the children at school and getting to work. If …